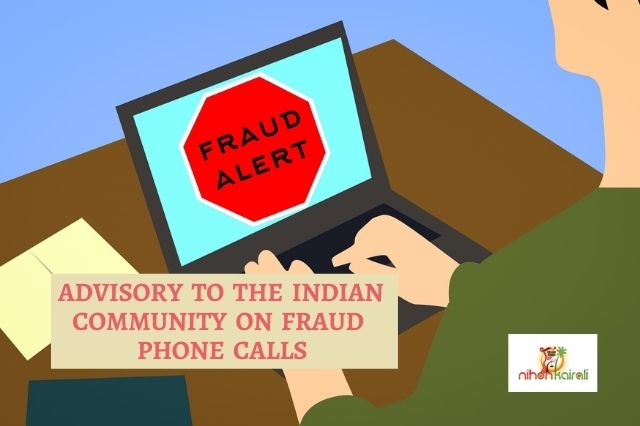 The Embassy of India, Tokyo would like to draw the attention of the Indian Community in Japan about fraudulent calls being received by members of the community, especially Indian students and professionals, from unscrupulous elements using the name of the Indian Embassy and spoofed telephone numbers. The callers generally speak English or Hindi.

The method adopted by the criminals is often as follows:

The perpetrators aim to and are able to cause panic and urgency, and demand that the fine or penalty needs to be paid through Western Union money transfer/purchase Ideportation proceedings would be initiated.