The Station by the Sea: Shimonada Station on the Yosan Line 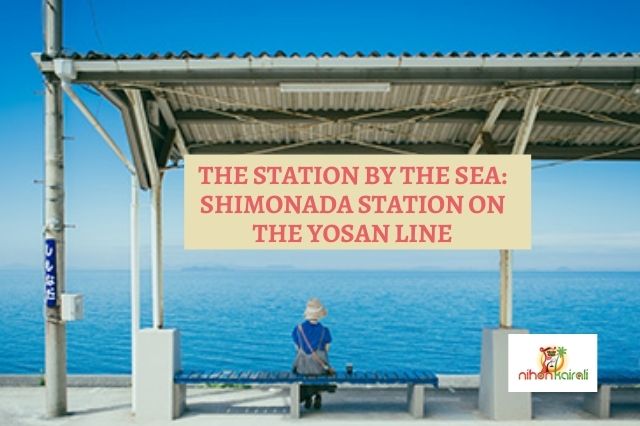 The Station by the Sea: Shimonada Station on the Yosan Line

An unmanned station situated close to the beautiful Seto Inland Sea attracts many people for its wonderful views.

Shimonada Station is an unmanned station on the Ehime Prefecture stretch of the JR Shikoku* (Shikoku Railway Company) Yosan Line, which connects the major cities of the island of Shikoku. Only eighteen trains a day stop at this station in Futami-cho, Iyo City, but many passengers get off here, attracted by the wonderful views from the platform.

Shimonada Station opened in 1935. Until 1981, when the coastline adjacent to the station was reclaimed to build a highway, it was called “the closest station to the sea in Japan.” Even today, the station platform is perched above the road like an observation deck, so visitors can see the sea up close. Standing on the platform while listening to the sound of the waves, the beautiful sea and sky just open up in front of you. Because of this unique view, the station has been chosen as a filming location for many movies and TV series.

The station’s popularity as a sightseeing destination was sparked by Japan Railways posters. These advertised JR lines’ “Seishun 18 Ticket”** and featured Shimonada Station three years in a row from 1998 to 2000.

Tomita Satoshi, representative of the JR Shikoku Shimonada Station Field Museum Management Committee, explains, “Railway fans who particularly like photography, so-called toritetsu-san, started coming to visit Shimonada Station because they were attracted by the scenery on the posters. The station quickly became famous because these railway fans showed photo after photo of it on social media.”

Nevertheless, the number of local users of Shimonada Station and the Yosan Line has been decreasing year by year. In 1986, a new inland route opened, so the number of trains decreased and eventually Shimonada Station became an unmanned station. People living locally even began to worry that the station would be closed. It was around that time that the idea for a “Sunset Platform Concert” came up. The idea arose from discussions between local government officials and youth organizations about maybe finding a way to use the station’s unique beauty to make it a tourist resource. They persuaded what was then the Japan National Railways (JNR), which had expressed concerns about safety, and raised funds from local residents.